In October, this blog discussed a new lawsuit filed against a Kentucky school district for alleged inequality in its middle school athletics rules. The parties in that case chose to waive discovery and proceed quickly to a decision on the merits on cross-motions for summary judgment. As a result, the Eastern District of Kentu 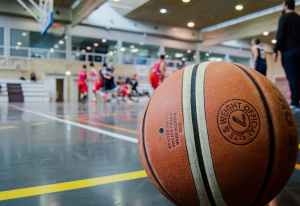 In a concise decision, the Court in J.S. found that the District’s “Play Up, Stay Up” rule could not satisfy the intermediate scrutiny standard required for distinctions based on gender. Under that level of scrutiny, a government restriction which takes gender into account must be substantially related to an “exceedingly persuasive” governmental interest.

To satisfy this test, the district offered 5 justifications to explain why girl basketball players had the freedom to play at multiple grade levels under the “Play Up, Stay Up” rule and boy basketball players were not. Nevertheless, the Court found that only one was specific to the rule at issue: the allegation that the district had to treat boys and girls basketball differently in order to comply with Title IX’s anti-discrimination prohibition.

Though the Court noted that this justification was, indeed, legitimate, the rationale still was insufficient. According to the Court, the “Play Up, Stay Up” rule did was not, in reality, necessary in order to ensure that girls’ and boys’ basketball teams each existed in order to satisfy Title IX. Rather, though fewer girls than boys tried out for basketball, the Court found that there were more than enough girls to field 6th, 7th, and 8th grade teams, just as there were with boys. In other words, the Court found that the gender-based distinction applied too broadly and gave girl basketball players an option the boy basketball players did not get.

Because the rule offended intermediate scrutiny, the Court granted summary judgment in favor of the student and parent. It also ordered the district to abolish the “Play Up, Stay Up” rule or draft a new version that removed the gender-based distinction or was more narrowly tailored to achieve legitimate government interests.

It does not appear that the District will appeal the decision as it has already filed a Notice with the Court advising of its compliance with the Order. On the other hand, the parent has already filed a Motion for attorney fees. In other words, this case shows that gender-based distinctions can result in costly litigation and the risk of fee awards if they are not supported by and likely to advance important interests.

Claire E. Parsons is a Member at Adams Law, PLLC in Covington, Kentucky. She has practiced for the last twelve years in the areas of litigation, civil rights, employment, school law, special education, and municipal law. Claire lives in Union, Kentucky with her husband, Brian, their two daughters, and two dogs. Claire is an active leader in her community and in the legal profession. She has led innovative charitable programs in her community, statewide legal organizations, committees relating to the promotion of women professionals, and serves nationally on the Board of MothersEsquire. Claire is also a frequent writer and speaker for these and other organizations. She has published and spoken about numerous topics, ranging from complex legal issues, to law practice, networking and marketing, as well as mindfulness and wellness for lawyers and other professionals. She writes regularly on LinkedIn and even co-authored a book this year with 19 other women lawyers about how they used the platform to network and pursue career goals during the pandemic. In 2013, Claire began a mindfulness practice early in her law career and as she was learning to be a new mom to her eldest daughter, Sophie. When Claire began the practice, she saw it gradually transform her life for the better by helping her to reduce overthinking, manage stress, and infuse compassion practices into her daily life. Over the next few years, she continued to study mindfulness practices and attend retreats. In 2018, Claire began speaking and writing on these topics and she quickly became regarded as a resource for professionals as someone who can explain meditation practices in an approachable and practical way. In 2020, she completed the online meditation teacher certification program with The Mindfulness Center founded by Deborah Norris, Ph.D., to refine her understanding of the science of mindfulness and its practical applications. Claire enjoys sharing her experience with mindfulness in her practical, and often humorous voice, to help humanize the legal profession and to make life a little easier for her community. View all posts by Claire E. Parsons